The BBC came down and filmed the garden today and it should have been shown on South Today between 6.30 - 7.00.

I was stewarding at the library so couldn't see it so just waiting for BBC to upload it to I Player. 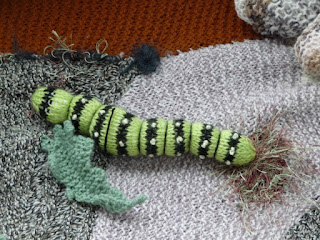 Details from the Woodland Garden made by Boscombe Resource Centre 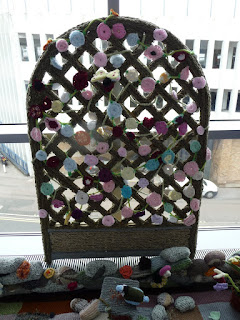 "Woodland Walk has taken over the Boscombe Resource centre for the last few months as it has grown from a small ideas into an elaborate pathway.

Adults working on the project have a range of abilities and the sharing of skills has brought people together to create this artwork". 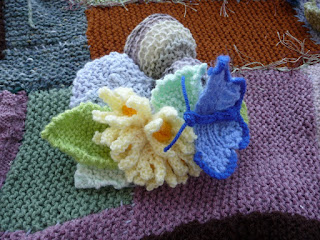 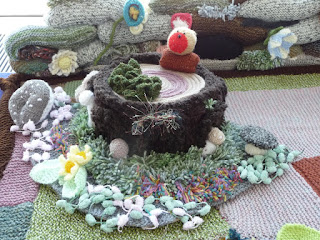 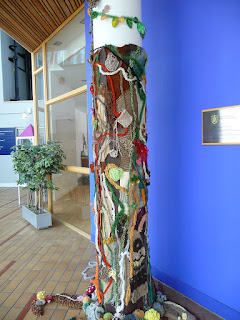 I did request carrots but didn't expect this many! 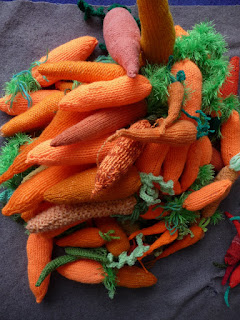 It was founded on the 3rd of March 1981 making it 30 years old in March. The first meeting was held at the home of one the members in Carbery Avenue, Southbourne, Bournemouth. As member numbers increased the club moved to Community Halls in the Christchurch area.

Meetings are held fortnightly on Tuesday evenings 7pm to 9pm

New members would be very welcome 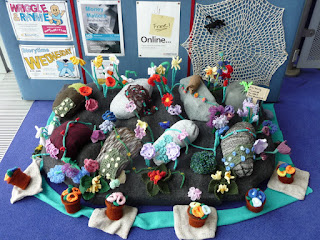 Details from Rose Arch lent by B&Q and roses knitted by Stitch and Bitch group at All Fired Up Cafe, The Square, Bournemouth every Thursday night from 8pm. 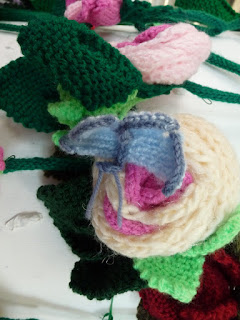 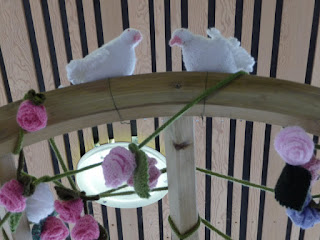 Picnic area from Weymouth groups who go under the umbrella title of Let's Make It who are also making make to create a knitted float for Weymouth carnival in August. Their knitted garden items will be part of their float. 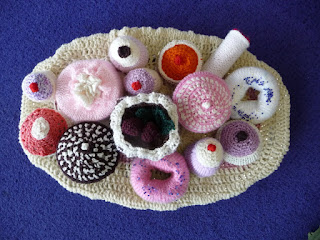 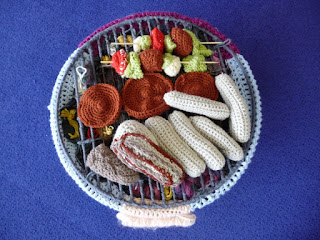 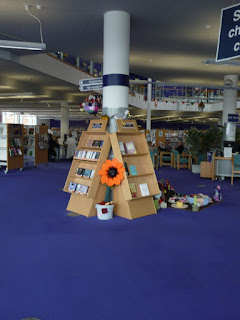